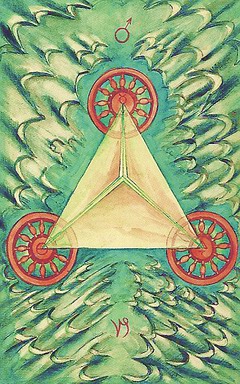 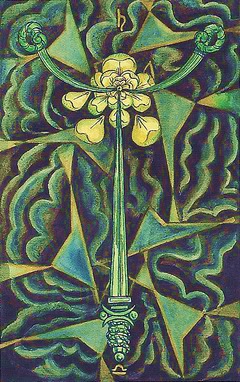 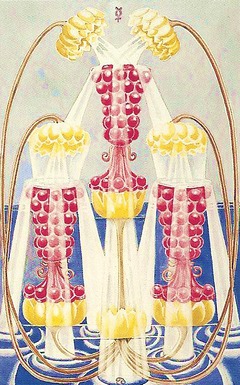 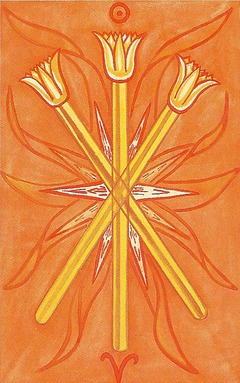 These cards are referred to Binah; in each of them is expressed the symbolism of Understanding. The idea has become fertilized; the triangle has been formulated. In each case, the idea is of a certain stability which can never be upset, but from which a child can issue.

The Three of Wands is accordingly the Lord of Virtue. The idea of will and dominion has become interpreted in Character.

The Three of Cups is called the Lord of Abundance. The idea of love has come to fruition; but this is now sufficiently far down the Tree to introduce a very definite differentiation between the suits, which was not previously possible.

The idea of division, of mutability, the idea of the airy quality of things, manifests itself in the Three of Swords, the Lord of Sorrow. Here one is reminded of the darkness of Binah, of the mourning of Isis; but this is not any vulgar sorrow dependent upon any individual disappointment or discontent. It is Weltschmerz, the universal sorrow; it is the quality of melancholy.